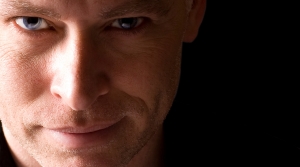 One of our faithful blog members suggested that we take a closer look at the differences in the relationship between Dmitry and Anatoly and Dmitry and Anya.  What a marvelous suggestion!  I pulled out both manuscripts last night and looked at the story very carefully, then I looked back at my notes from both books to see how I developed their relationships.

The love between father and son is a complex thing.  How many of us watch the relationships between our sons and our husbands or sons and their fathers or even our dads and our brothers?  In nearly every relationship whether it’s one between my husband and my son or my son and my father or my son and my grandfather, there is both a sweet love and a hard love.  Men don’t show love to other men in the same way that they show it to their little girls.

In Dmitry’s Royal Flush and Dmitry’s Closet, you notice that there is a true relationship between Dmitry and Anatoly.  They spent time together, confided in each other and as much as possible, helped each other through difficult times.  However, you always wonder how much closer they could have been if they had known and met each other earlier in their lives.

By Anatoly’s book, the newness of their relationship is gone.  You see that Anatoly has grown into his manhood and been dramatically shaped by his father.  But  we see that Dmitry has been torn since the beginning with Anatoly.  In Dmitry’s Closet, he suggested that his son go to college.  In DRF, he took a hard look at his son’s involvement with the Vory and the consequences of such affiliations.  Now, we will see the full weight of his decision in Anatoly’s book.

“Dmitry ran his hand over his wife’s bare stomach and kissed her navel that poked slightly out above her bulge.  Trailing the dark line from her belly button down midway of her lower abdomen with his fingers, he curiously stared at the young being developing safely in her womb.

In his mind, Dmitry hoped for a boy.  It was one of his sincerest hopes to have a young man that he could raise from birth through adulthood, instead of only having a chance to influence his seed after adulthood, like he had done with Anatoly.  Plus, he already had a perfect little girl.  His Anya was asleep now in an adjoining room, dreaming of unicorns and lollipops.”

While I can’t tell you if the little bundle of joy is a boy or a girl, I will ask your opinion.  What would you like for Royal to have?  And how do you feel about the love that Dmitry shows Anatoly versus Anya.  Is he love imbalanced?  He admitted in book two that he would never allow Anya to head his organization.  Does that speak to his character?  Do you think that he’ll allow his second son (if it were a boy) to take on Anatoly’s role?

Tell me what you think.

Xoxo and all that jazz,

Keep Up With Anatoly